Sexual harassment is a form of sex discrimination that violates Title VII of the Civil Rights Act of 1964.

Unwelcome sexual advances, requests for sexual favors, and other verbal or physical conduct of a sexual nature constitutes sexual harassment when submission to or rejection of this conduct explicitly or implicitly affects an individual’s employment, unreasonably interferes with an individual’s work performance or creates an intimidating, hostile or offensive work environment.

Sexual harassment can occur in a variety of circumstances, including but not limited to the following:

It is helpful for the victim to directly inform the harasser that the conduct is unwelcome and must stop. The victim should use any employer complaint mechanism or grievance system available.

When investigating allegations of sexual harassment, EEOC looks at the whole record: the circumstances, such as the nature of the sexual advances, and the context in which the alleged incidents occurred. A determination on the allegations is made from the facts on a case-by-case basis.

Prevention is the best tool to eliminate sexual harassment in the workplace. Employers are encouraged to take steps necessary to prevent sexual harassment from occurring. They should clearly communicate to employees that sexual harassment will not be tolerated. They can do so by establishing an effective complaint or grievance process and taking immediate and appropriate action when an employee complains.

WHAT IS SEXUAL HARASSMENT?

WHAT IS “QUID PRO QUO” SEXUAL HARASSMENT?
Unwelcome sexual advances, requests for sexual favors, and other verbal or physical conduct of a sexual nature constitute “quid pro quo” sexual harassment when (1) submission to such conduct is made either explicitly or implicitly a term or condition of an individual’s employment, or (2) submission to or rejection of such conduct by an individual is used as the basis for employment decisions affecting such individual.

WHAT IS “HOSTILE ENVIRONMENT” SEXUAL HARASSMENT?
Unwelcome sexual advances, requests for sexual favors, and other verbal or physical conduct of a sexual nature constitute “hostile environment” sexual harassment when such conduct has the purpose or effect of unreasonably interfering with an individual’s work performance or creating an intimidating, hostile, or offensive working environment.

WHAT FACTORS DETERMINE WHETHER AN ENVIRONMENT IS “HOSTILE?” The central inquiry is whether the conduct “unreasonably interfered with an individual’s work performance” or created “an intimidating, hostile, or offensive working environment.” The EEOC will look at the following factors to determine whether an environment is hostile: (1) whether the conduct was verbal or physical or both; (2) how frequently it was repeated; (3) whether the conduct was hostile or patently offensive; (4) whether the alleged harasser was a co worker or supervisor; (5) whether others joined in perpetrating the harassment; and (6) whether the harassment was directed at more than one individual. No one factor controls. An assessment is made based upon the totality of the circumstances.

HOW WILL THE EEOC DETERMINE WHETHER CONDUCT IS UNWELCOME? When confronted with conflicting evidence as to whether conduct was welcome, the EEOC will look at the record as a whole and at the totality of the circumstances, evaluating each situation on a case by case basis. The investigation should determine whether the victim’s conduct was consistent, or inconsistent, with his/her assertion that the sexual conduct was unwelcome.

WHO CAN BE A SEXUAL HARASSER?
The harasser may be a woman or a man. He or she can be the victim’s supervisor, an agent of the employer, a supervisor in another area, a co worker, or a non employee.

CAN ONE INCIDENT CONSTITUTE SEXUAL HARASSMENT?
It depends. In “quid pro quo” cases, a single sexual advance may constitute harassment if it is linked to the granting or denial of employment or employment benefits. In contrast, unless the conduct is quite severe, a single incident or isolated incidents of offensive sexual conduct or remarks generally do not create a “hostile environment.” A hostile environment claim usually requires a showing of a pattern of offensive conduct. However, a single, unusually severe incident of harassment may be sufficient to constitute a Title VII violation; the more severe the harassment, the less need to show a repetitive series of incidents. This is particularly true when the harassment is physical. For example, the EEOC will presume that the unwelcome, intentional touching of a charging party’s intimate body areas is sufficiently offensive to alter the condition of his/her working environment and constitute a “hostile environment.”

WHAT SHOULD A SEXUAL HARASSMENT VICTIM DO?
The victim should directly inform the harasser that the conduct is unwelcome and must stop. It is important for the victim to communicate that the conduct is unwelcome, particularly when the alleged harasser may have some reason to believe that the advance may be welcomed. However, a victim of harassment need not always confront his/her harasser directly, so long as his/her conduct demonstrates that the harasser’s behavior is unwelcome. The victim should also use any employer complaint mechanism or grievance system available. If these methods are ineffective, the victim should contact the EEOC as soon as possible. 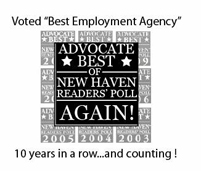